According to Taiwanese authorities, Hungary is considered as a country incfected by African Swine Fever (ASF), and the importation of food products containing Hungarian pork is illegal. The ASF epidemic affects several countries, including China and Southeast Asian countries with large tourism traffic. Fines for importing illegal food products have been raised recently. According to the prevailing regulations, fines for individuals caught smuggling meat products may be as high as NT$50,000 (about US$ 1,600 as per current exchange rates) for first-time offenders, NT$500,000 (US$ 16,000) for second-time offenders and NT$1 Million (US$ 32,000) for repeat offenders.

Taiwanese authorities ask people travelling to Taiwan for the following:

According to the communication of the Taiwanese authorities, violators who bring meat products (fresh meat, ham, sasuages, dried meat, jerkies, floss etc.) will be fined up to NT$1,000,000. 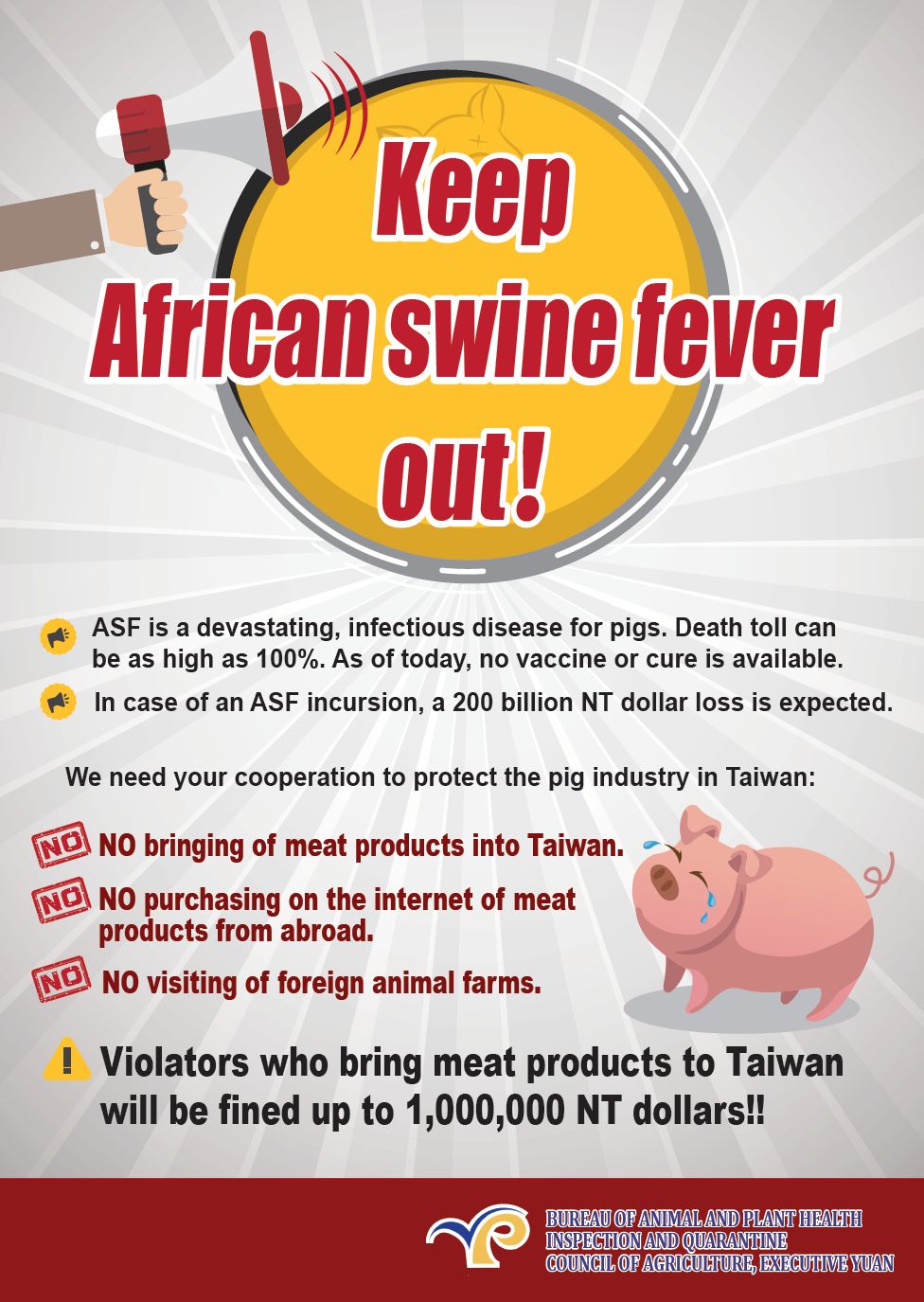 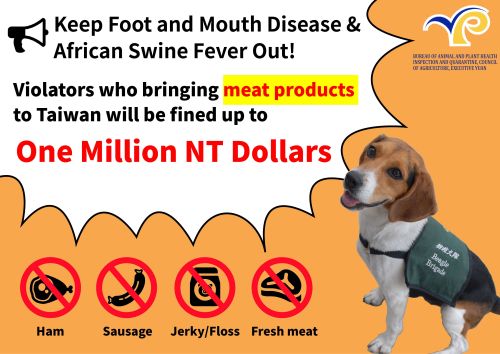 The Hungarian Trade Office in Taipei advises individuals traveling from Hungary to Taiwan not to carry any food products containing Hungarian Pork with them, and not to send postal parcels containing such products.